Back to About page

Marie-France Hirigoyen has studied in Bordeaux, where she also obtained in 1974 a 2nd cycle certificate in ethnology, with ethnopsychiatry option.

She defended her doctoral thesis in 1978, then specialized in psychiatry.

she currently is a psychiatrist, psychoanalyst and systemic family therapist.

She is also a victimologist, graduated in 1994 from The American University, Washington DC and graduated in 1995 from the Université René Descartes, Paris V. Her thesis, which already dealt with psychological violence, was entitled The Moral Destruction, the victims of the narcissistic perverts.

She is a lecturer in victimology and an associate researcher at Paris Descartes University.

In 1998 she published the book “Stalking the soul” in french under the title “Harcèlement moral, la violence perverse au quotidien”, which sold 450,000 copies and then has been translated into 26 languages up to now.

This book described for the first time in France the insidious violence exercised by one or more persons against someone which is not defending himself/herself. These actions taken separately could seem trivial but Marie-France Hirigoyen showed that their daily repetition seriously affected the physical or psychological health of the victim.

Marie-France Hirigoyen has named these processes “moral harassment” (harcèlement moral), a term that has been retained by the French and Belgian legislators, and which has been accepted in current terminology in Spain and Japan. The common english expressions to describe the phenomenom are stalking, bullying, psychological harassment.

In 1999 she took part in the think tank on the bill tabled on December 14, 1999 in the National Assembly, which led to the vote on January 11, 2001 of an amendment that introduced the notion of psychological harassment in the labor code and in the penal code. Subsequently she was consulted for the drafting of the Belgian law and the Quebec law.

In his second book “Malaise dans le Travail, Harcèlement moral : démêler le vrai du faux“, which was published in March 2001, she refined her analysis and clarified the notion in order to prevent the term from being abused and misinterpreted.

Since then she has published numerous articles for scientific journals. She is a member of the International Association on Workplace Bullying and Harassment (IAWBH), a global association who “seek to stimulate, generate, integrate and disseminate research and evidence-based practice in the field of workplace bullying and harassment” (source: https://iawbh.org/).

For a long time she has been giving seminars on stress management in companies, tracking violence and psychological harassment. In 2000 and 2001, to improve her knowledge of the business world, she attended a training at ESCP (Internship Leading-motivating ESCP-EAP with Nicole Aubert in 2000-2001).

She is regularly consulted by European administrations (European Parliament, Council of Europe, European Commission) on the subject of psychological and sexual harassment.

Member since foundation of the Scientific Council of La Poste.

Member of the Scientific Council of IAPR / VTE. This organisation gathers the Institute of post-traumatic support and resources and VTE (violence, work, environment ), an association created by Michel Debout and positioned on the prevention of psychosocial risks.

Member of the Board of improvement of the Master of Business Ethics at the University Paris-Descartes.

Member of the International Association on Workplace Bullying and Harassment (IAWBH), which brings together all researchers on the subject of psychological harassment and organizes a congress every two years (Dublin, Bergen, Montreal, the next will be in Wales). 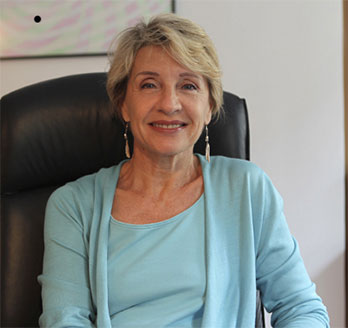